Your guide, Carina from Garnish, is a member of the Beara Historical Society. A writer and storyteller, she conducts guided historical tours throughout the Beara Peninsula in South West Ireland. She aims to give the visitor an appreciation of the deep history, culture and dramatic beauty that is Beara. Her Mountain Skills qualifications are accredited by Mountaineering Ireland, and she operates under their ‘leave no trace’ policy. Carina is passionate about the layers of history woven into the landscape, and deeply appreciative of the magnificent environment that surrounds her. Her interests include the sustainability and protection of life in rural Ireland. 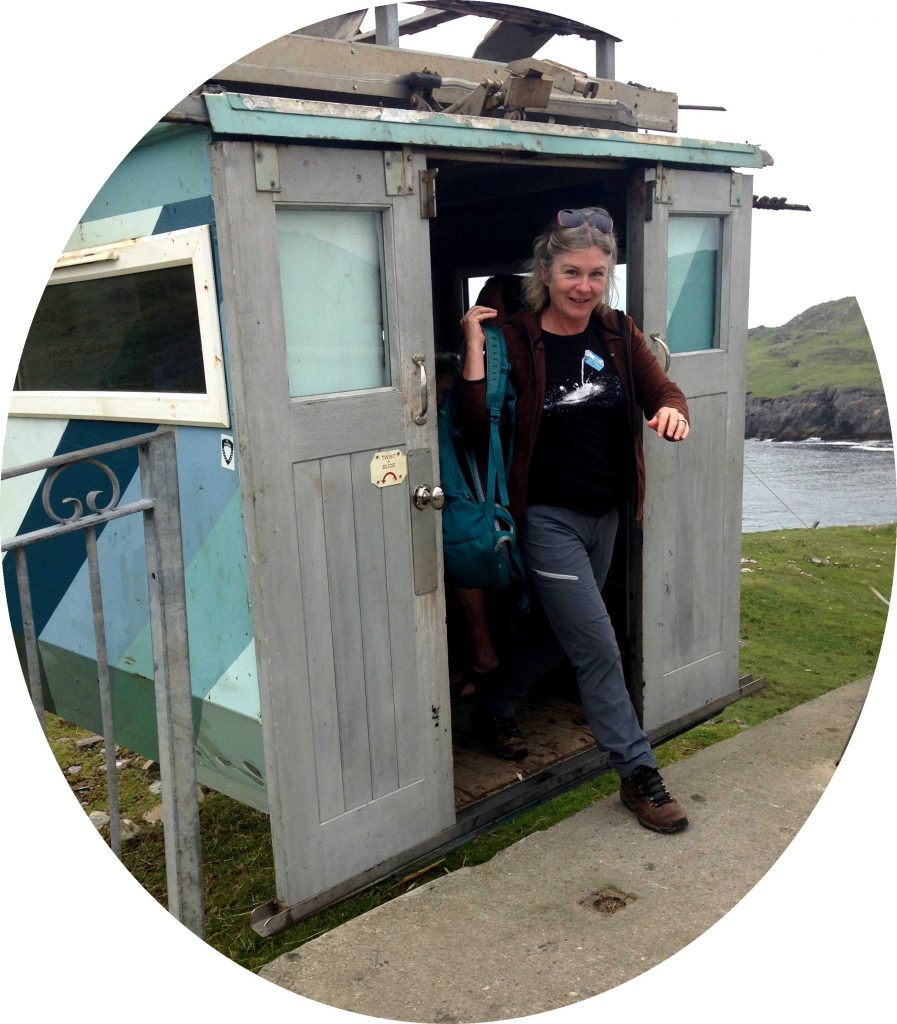 ‘group tours in French and German available on request.’

Discover the tranquillity and beauty of the Beara Peninsula on its bedrock of crystal.

Beara has often been called the treasure of Ireland’s South West coastline with its raw and rugged shoreline and breath-taking scenery. By car, bus or foot, Baoi Walking Tours combine folklore and local tradition whilst uncovering layers of history hidden within the landscape of this beautiful Peninsula; discover megalithic monuments, ruined vestiges of a vanished Gaelic aristocracy, Napoleonic war towers, and chimneys of the Industrial Revolution while enjoying the peninsula’s dramatic beauty. Learn about Irish mythology and legends of pirates, copper miners, lighthouse rescues, and The Bull, Cow and Calf Rocks. Wildflower and wildlife identification also included in the tours.

The Irish for Dursey Island, Oileán Baoi, recalls the ancient goddess Baoi. A version of the Cailleach Bhéarra (the Hag of Beara), she was a wise woman known throughout Ireland and Scotland. Her legacy lives on in many local name places e.g. Dunboy (Dun Baoi), Ballaghboy, Boharbui. Early names for Baoi meant ‘cow-like one’ and this bovine association has influenced the names of the nearby rocks, The Bull the Cow and the Calf which stand in the sea next to Dursey.

Beara Baoi Tours startup with this their new and currently under construction website, please book mark this site and visit us again.